Pulsed electromagnetic field (PEMF) therapy for Autism is research proven to improve several impairments resulting from the condition. PEMF is an important advancement in treating autism in children and should start being considered by practitioners, including pediatricians to help their patients with autism to improve outcomes and quality of life.

PEMF when applied to the head or brain is called transcranial magnetic stimulation (TMS). PEMF therapy, even with very high intensities applied to the brain, is safe, non-invasive and carries minimal risks. PEMF therapy for autism has been extensively studied and found to have no significant side-effects, other than occasional short-term headaches due to improved circulation. Pulsed electromagnetic fields improve brain blood circulation, reduce inflammation, improve brain function and accelerate healing. The same cannot be said about prescription medication for autism.

Unlike many other diseases that PEMF has been found effective for, Autism Spectrum Disorder (ASD) is a modern ailment. The CDC reports more than 100% increase in children with autism from 2000-2010 in the United States and that number is exponentially exploding. A genetic component has been found that limits the body’s ability to detoxify environmental factors. The combination of this genetic component in a significant percentage of the population, with an increased burden of environmental pollution in modern industrialized societies is likely contributing to this rapid increase in this disorder. These can include air, water and soil pollution, electro-pollution and processed food diets.

About 10% of autistic children also have Down syndrome or chromosomal disorders.

Scientists believe that autism is a mitochondrial dysfunction​1​ which reduces the energy capacity of neuronal cells. Oxidative stress contributes to worsening of autism spectrum disorder​2​. PEMF therapy improves mitochondrial function, oxygenation​3​, neuron conduction, production of neurotransmitters and reduction of inflammation from toxicity. The PEMF oxygenation study was conducted recently in 2018 and about 8 universities from France, Egypt, Germany and United States of America worked together on it.

Thus you would find that PEMF therapy for Autism Spectrum Disorder can have some immediate benefits. The fact that PEMF improves oxygenation is very well known and there are more studies that how PEMF helps cells in the bones​4​, nerves​5​ and tissues​6​.

There are several more benefits of using PEMF therapy, from slowing down the aging process to improving sports performance, improving mood and treating depression.

As we can see, there is research evidence available now regarding effectiveness of PEMF therapy for autism. It should be possible to make a huge impact on autism and indeed several mental and neurological issues faced by special needs children using PEMF. 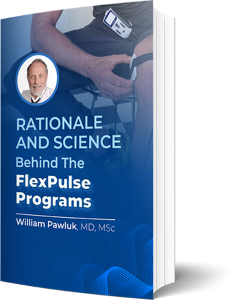